'You always have the poor with you...' 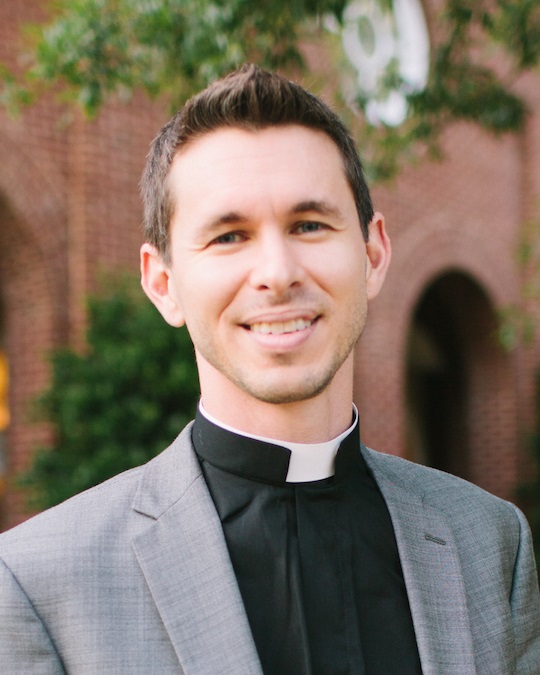 Now it would be rare for any of us to hear someone say it quite like that—that the poor don’t really matter. Very few people would want to go around saying that sort of thing. Yet this seems to be the way that these words of Jesus are so often heard. We might be tempted to think that Jesus is setting up an opposition—between the poor and himself. But if you remember only one thing from my sermon to you this morning, remember this: there is no opposition between Jesus and the poor. The truth is that Jesus shows us what it means to be poor—for what greater poverty could there be, than for the Son of God to be crucified upon a Roman cross? The poor do matter to Jesus—it is the poor for whom the good news of Jesus truly is Good News. The truth is that Jesus shows us what true poverty is; and in the face of the poor, we see the face of Jesus.

Let’s take a step back, and set the scene of our Gospel reading. The setting is a dinner party, held in Jesus’ honor. It’s at the house of Mary and Martha in Bethany, and it turns out that Jesus is paying them a second visit. He had been to their house once before, when their brother Lazarus had died, and while he was there he called Lazarus out of the tomb, and raised him from the dead. Lazarus, still living, has joined them for the meal. It’s probably safe to assume that all of Jesus’ disciples are there as well, so it was likely a large dinner gathering. And in the middle of dinner, something very strange happens—a strange interruption that shatters the customs and the unspoken boundaries that are normally in place at a dinner party. It is downright scandalous. Mary, one of the hosts, approaches Jesus with a jar of extremely expensive perfume, breaks the jar over his feet, and then touches them, pressing the oil into his skin as she wipes his feet with her hair. This is, in other words, an extremely awkward moment for everyone present in that room. What will Jesus do? What will he say? What will everyone else say?

I wonder if any of us here identify with Mary of Bethany. She violates everything she knows about good etiquette and social norms and creates one great big beautiful fragrant mess. She takes a jar that today would be worth somewhere between twenty and thirty thousand dollars, breaks it, and pours it on her dinner guest. And as you might guess, Jewish social customs did not allow for physical contact between the sexes, except in the case of marriage, and so Mary’s act of touching Jesus’ feet with her hair might have earned her a very serious rebuke from her community. Why on earth would Mary want to do that?

I think that, more than anyone else—including Jesus’ disciples—Mary of Bethany gets it. She gets what is going to happen to Jesus—that he would not be among them very long before being killed by the imperial powers of the day. The Good News that he preached and his vision of the Kingdom of God were an offense to the political rulers and to the religious authorities, and so it was only a matter of time. Mary sees it coming, and so she does the most beautiful thing that she can think to do. She takes an extraordinarily expensive bottle of perfume, and anoints Jesus with it. She casts in her lot with a marked man, a dead man walking. And as she does so, “the house was filled with the fragrance of the perfume.”

What jar do you have that you can break open and waste, poured out only so that you can show Jesus that you love him, and that you would cast in your lot with a poor man, a dead man, a crucified God? What is your jar? How can you show our Lord that you are on his side, even if doing so makes you look foolish, raises the eyebrows of your friends and family members, even if it costs you a year’s worth of your salary? Mary had a jar, and so do we. What is yours? And will you break it—will you waste it—out of love for Christ?

Many of us here are probably familiar with Victor Hugo’s great novel Les Miserables. The novel’s protagonist, Jean Valjean, is an ex-convict who has been released from prison after 19 years of hard labor. He shows up at the home of a bishop, Bishop Myriel, who offers him a night’s shelter. But that night, Valjean steals the bishop’s silver and runs away. When the police catch him and bring him before the bishop, Myriel does not accuse him. Instead, he tells Valjean that he needs to take the two candlesticks as well, and then Valjean is set free. If you think about it, this was a strange and foolish thing for Myriel to do. What a waste, to just give away silver worth thousands and thousands of francs to a poor thief and ex-con. If Bishop Myriel had wanted to help the poor, why, he could have set up a foundation that would have ensured that his money could be distributed in a responsible manner to the poor who really deserved it, right? But Bishop Myriel was not interested in the nebulous idea of “helping the poor.” What Myriel saw was the face of the unworthy poor man standing right in front of him, in whom he saw the face of Jesus. Myriel had a jar, and so do we. What is ours? And are we willing to break it and waste it on the unworthy poor man or woman who is standing right in front of us?

In the Gospel story, Mary does not speak. It is the actions of her hands that do the talking. But there is someone present who speaks, and his name is Judas. “Why was this perfume not sold for three hundred denarii and the money given to the poor?” he says. It’s a good question, frankly. Maybe we identify with Judas, and we too want to ask Mary about this foolish thing that she has done. But of course we know that Judas couldn’t have cared less for the poor. And if he did, he never would have asked the question. He would have remained silent, as the rest of the disciples did, when they watched as Mary anointed the one who for our sake became poor, when they saw Mary using her hair to wipe the feet of the one who washes away our sins. Judas didn’t have the eyes to see the poor man sitting there at the table right in front of him.

The choice between Jesus and the poor is a false one, and yet it is easy to be tempted by it. Even today, in the Episcopal Church, there is a rift between those who want to focus on “the Gospel” and those who want to emphasize “social justice.” Churches that are “Gospel-based” emphasize the theological reality of salvation—that Jesus accomplishes our salvation through his death and resurrection. Churches that are oriented toward “social justice” emphasize the material reality of salvation—that living into the Kingdom of God means working to end poverty, hunger, institutional injustices, and so on. But the choice between “the Gospel” and “social justice” is false, just as the choice between Jesus and the poor is false. There is no “Good News” for our souls if the Kingdom of God means nothing for our bodies and our life together in society; and there can be no justice in our society if God has not reconciled the world to himself in the life, death, and resurrection Christ Jesus.

Mary of Bethany shows us the way beyond these false choices. She shows us a heart that longs for unity with Christ, even if unity with him leads to death. Mary shows us a spirit that holds nothing back, in wasting the most valuable thing that she had. She could have kept that jar hidden, locked safely away in her room. No one ever would have known that she had it. But she didn’t keep it hidden. She took it out, broke it, and gave it to Jesus, as a fragrant offering in his sight. May the Lord give us hearts that would do the same, holding nothing back, so that our hearts may “be fixed where true joys are to be found.” Amen.