God, His plan and our problems 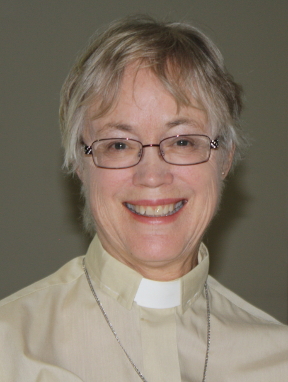 Abram had a fortune. He had camels and tents and slaves/servants and a wife. He wanted them to have a future. He wanted children and a future.

He had another problem. He had no land—no place for his tents and camels and so on.

So Abram began to talk to God about these problems. In short, he wanted to settle his estate and establish a legacy. He was worried about having no heir

Now, in the scriptures, God has spoken to Abram before—God called Abram out of his homeland and took him to a new place. And Abram up and moved all of his possessions and household, out of Ur and went to Canaan and God promised that through Abram and his descendants, God would bring a blessing to all people. My biblical professor, Sr. Barbara Bozak, was fascinated with the grammatical construction of the Hebrew in this passage. She noted that the way the sentences are constructed, indicates that no matter what Abram does, God's promises will prevail. This is good news for us, for it tells us that God calls and works through ordinary people, and God's promises will be accomplished.

Just look how many of us have felt called to come to Florida, like we came out of Ottawa, down to Naples (and go back and forth).

Up until now Abram has traveled quite a bit; from Ur to Haran, from Haran to Canaan. There was the incident at Sodom and Gamorrah, and he went to Egypt.

Now, he is semi-settled in Canaan and he is getting older. He wants assurances that everything was going to turn out all right. So he asked God about his problem.

God showed him the night sky with all the stars. Your descendents will be as many as the stars in the sky. But that didn't seem to reassure Abram much. (Often doesn't reassure me, either. "Oh, you'll be fine!" never seems to really reassure).

Paul had a problem.

Paul was an enthusiastic leader of brand new Christian communities, which he began himself, with the help of Barnabus and Timothy and  others. He was proud of the church at Phillipi, and he tells them that. But he knows the nature of the society they live in:

The Roman Empire was pagan and often brutal. Yes, the Romans build beautiful roads, which made it possible for Paul to travel and establish churches at different places. We can see parts of these roads even as far away from Rome as Britain. (And they have lasted a lot longer than some of our roads have). At the same time, the Romans could be very oppressive to conquered peoples.

In the face of that Paul wanted these new Christians to be faithful. He encourages them to remember who they are. As baptized Christians, they are members of the Kingdom of God. They are citizens of Heaven. Paul knows how hard it is to remember that in the midst of a society that tries to satisfy every appetite. Our world sounds an awful lot like theirs in many ways.

In our culture we are encouraged to consume, to look after No. 1, that more things are better, without regard for other people or the environment.

So we, too, can let Paul call us to remember who we are:

Children of God called to serve others to love one another, to be agents of God's love, God's peace in the world. To not just live for ourselves, but to live for others. And also to remember all of God's earth.

We are called to remember the sacredness of God's creation and to live accordingly.

Jesus had a burden.

He had a ministry for others. He called people to come follow him, and he traveled, healing, delivering people from sin and whatever bound them.

Some Pharisees came to Jesus and warned him that Herod wanted to kill him. Jesus' answer to them is clear.

Today and tomorrow I have healing and delivering to do and on the third day I will complete my work.

Jesus then weeps over Jerusalem. He would love to gather Jerusalem under his wings, but he knows what is going to happen to him. He knows he is journeying to his death. Yet, he travels anyway. Nothing can stop him—not Herod, not the Roman Empire—from completing his goal.

We are privileged to be called to follow him. We are called by Jesus to be his followers, to live as one of his people.

Right now we are called to examine our hearts. What is our deepest desire? How is Jesus calling me to serve him by serving others? Also by enjoying God's creation.

And knowing that Jesus—having walked his difficult road—is there, walking with me on mine.