Notes on the Christmas narratives 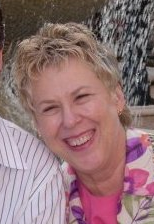 Overture in an opera or musical theater--contains all the musical themes that are included in the production itself. Christmas narratives function much the same way--they are overtures.
A close reading uncovers much of what we will learn about Jesus and his life and ministry, death and resurrection, and the Kingdom of God.
Another thing a close reading reveals is how different the Matthew and Luke stories are. We’re so used to the Christmas pageant that blend them together, we don’t notice that they only have a few things in common:
Mary and Joseph are the earthly parents
The birth happens in Bethlehem
Jesus is the baby
There are more things that are unique in each gospel:
How Joseph and Mary learn about the birth
How Joseph and Mary get to Bethlehem
Who visits
What happens immediately after the birth.
A second Sunday after Christmas doesn’t happen all that often, so we don’t usually hear this reading in church. It is the end of Matthew’s birth narrative, the final scenes of his overture. It begins just after the wise men left to go home by another way.
Communication from God in Matthew is often by way of dreams.  In a dream, Joseph learned that Mary’s pregnancy is from the Holy Spirit.
He should not be afraid to take her as his wife. And the baby’s name is Jesus.
In a dream, the wise men were warned not to go back to Herod.
In a dream, Joseph was told to take Mary and Jesus and go to Egypt.
And in a dream, Joseph was told when it was safe to return to Israel.
The part of chapter 2 that was omitted in today’s reading tells of the killing of the boy children under two years of age in Bethlehem--the Holy Innocents.
Today’s part of the overture to the Gospel of Matthew prepares us for the rest of the story. We already know:
Overtures are important. They are preparation and introduction. But the rest of the story must unfold.
What’s important for us today is to remember that the story has not ended.
We are now the characters in this story. And we have choices. Will we be like the wise men who follow the light and refuse to comply with the ruler’s plot to destroy it?
Will we be like Herod, filled with fear and willing to use whatever it takes to retain power--even violence and death?
Will we be like those around Herod--complicit in seeking to put out the light?
Will we be like Joseph, paying attention and doing big things on faith to save the light?
Where do we see Christ’s light in our world today?
What will we do to make it shine ever brighter?
The overture is finished. The story is ours now.